Thanks to the Office of National Statistics there is an actual measure of happiness.

From ONS figures it seems: where you live matters; your level of material status is a factor; being in a relationship helps too.  Having a secure stake in a local community is also positive.

If only promoting well being was as simple as wearing a badge, to show others they are welcome around you, because you are secure in yourself.  Come to think of it, how do you create a sense of well being for yourself and others?

You can explore the background to the data via the following link. 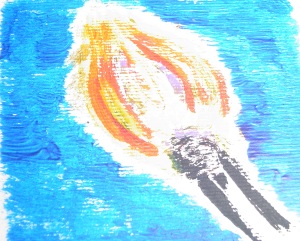 It almost goes without saying, that work plays a huge part in most people’s lives – and according to the latest Office for National Statistics (ONS) figure there are 29.87 million people in work in the UK.

However the days are long gone in which employees started work with an organisation in their 20s and stayed there until retirement four decades later.

Even a thorough PEST analysis of the political, economic, social and technological climate now could not identify the sort of jobs that will be the backbone of the economy in 2053 .

If only there was some way of being able to light up the period 40 years ahead, and know what make a future career meaningful and exciting.

I would argue (based on the people I have coached) that self-knowledge can help light up that darkness.  If you are supported in developing an understanding of: the qualities you value; the skills you offer; and the work you find stimulating you are closer to where the next few steps in your career might take you.   Having some light shed on the future makes it seem less uncertain.

The Guardian’s Work Blog sets out the quandary quite neatly.  The discussion below the line is useful too.  My comments are shown under the name RogerAD.