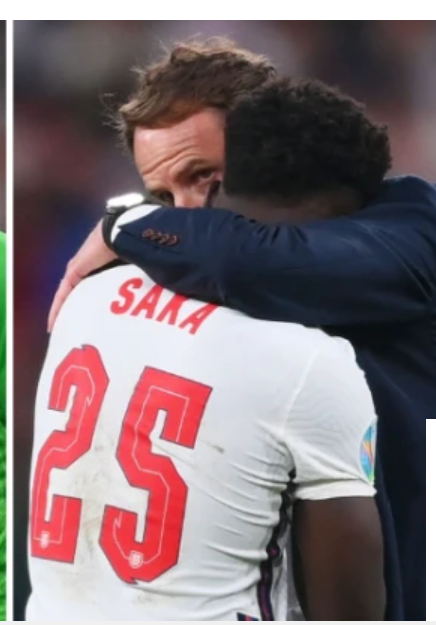 Last week, like 30 million others, I watched the Euro 2020 final between England and Italy.

England’s confident, diverse team had reached a major final after more than 50 years.

At the end of extra time, I watched 19-year-old Bukayo Saka step up.

His penalty would make the difference.

His shot was saved.

That result was painful, but Gareth Southgate and the rest of the team held each other up.

But some ‘supporters’ tried to tear them down.

Cue a wave of online racism.

Not the kind of thing anyone should ignore, whether it is obvious who is creating it, or hidden behind a screenname.

And that’s why Saka, Marcus Rashford, Jadon Sancho, and their teammates take the knee. Despite the boos.