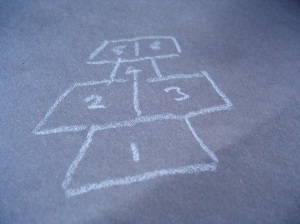 As you might have gathered I believe self-belief plays a big part in the ability to move forward and change.  If a person isn’t ready to move forward then effective coaching, or any other development work, isn’t going to be possible.  Here then are two interesting TED talks in this connection.

The first talk was brought to you by Rita Pierson (an educator who sadly died a short while ago) who maintained that inspirational teachers can foster a life-long sense of optimism in young people.

The second talk comes from Dr Brene Brown, an academic, who has a view on the power of vulnerability to connect people to one another.  To paraphrase her view, as long as self-worth is present, people can work with others to achieve great results. 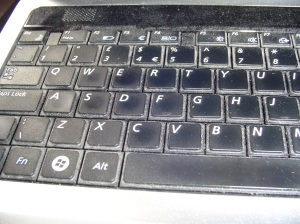 How Did People Manage Before WiFi? (c) R Dennison June 2013

I enjoy the energy of city life, and being connected to others via the web, however I learned something about mindfulness by spending last weekend without web access while on a training course in Cumbria.

Without emails popping up on my phone, a laptop to access, or a watch to tell the time I was more tuned into the:

– Passage of the sun through the sky

– Gathering clouds in a darkening sky before it rained

– Natural sounds of birdsong, sheep bleating and the river flowing nearby.

– The hidden gems in the dialogue with other attendees

My takeaways from the formal content of the training event were many and various.  My personal bonus, from being unplugged for two days, was twofold.

First, a reminder to self, to respect work life balance by decompressing on a regular basis.

Second, focusing quietly and intently on what others are saying connects you to them in profound way, when you strike up a conversation with them – and who knows where that connection might lead.

As Father’s Day has come and gone perhaps it is time for a less sentimental look at modern masculinity.

There has been plenty of discussion recently about men in crisis (the BBC Panorama programme ‘Jobs for the Boys’ springs to mind); or men without a role; or men being absent (the Centre for Social Justice believes there are seemingly ‘men deserts’ in some wards in cities like Liverpool, where men do not feature in the lives of families).

The Guardian columnist Tim Lott even wondered if boys and men had a second class status in society.  He contrasted the parenting style of Atticus Finch (the decent father-figure from Harper Lee’s classic Jim Crow era novel ‘To Kill A Mockingbird’), with Homer Simpson (Springfield’s inept but good-hearted nuclear power plant employee, husband to Marge and father to Maggie, Lisa and Bart).

I’m not sure whether the comparison stands up to close scrutiny (the stakes in Lee’s novel are life and death, whereas life in Matt Groening’s town is less fraught).  There is though a point to be made about contemporary masculinity, especially as economic and social pressures bear down on everyone.

What kind of support might a man want if he aspired to improve his working life and personal relationships?

The coaching instinct would be to establish what this man’s core values were (the ones from which he mainly operates – whether that is making money; being top dog; or having the latest expensive toys) and how those values interact with the way he lives his life.

Making sure there was congruency between values and life, he might choose to be:

–       More even handed in dividing his time commitments between work and family or social life.

–       More even tempered, pausing to assess the appropriate step to take, as opposed to acting thoughtlessly.

–       More likely to express himself having successfully reflected on whether the issue in front of him would matter much in a week, a month, or a year.

Given the tough times everyone is going through, and the straitjacket many men wear, we certainly have our work cut out.  Perhaps some coaching support could help many of us accomplish more, with greater ease.

I haven’t looked at the Youtube TED site for a good long while.  I have missed out on some good content as a result.  If you have 30 minutes to spare here are some recommendations.

Having mentioned Leadership recently I was spurred on to see what talks might help when thinking about pursuing leadership opportunities, while climbing the career ladder.  Funnily enough, the first talk I came across questioned the wisdom of making the climb an actual goal.

Adam Leipzig’s talk centres on the notion of finding fulfilment in pursuing one’s life purpose.  One’s purpose might not involve rising rung by rung.  He presents the process of identifying purpose as a five step exercise.  It takes about five minutes to complete the exercise from start to finish.  Here’s the link.

While you are TED focused you might also want to invest around 25 minutes in viewing Patti Dobrowolski’s talk on Drawing Your Future, and Ryerson University’s Dr Ivan Joseph’s Self Confidence presentation.

Let’s assume you have an organised approach to planning your life and you are pretty content with things at the moment.  You have a happy home life.  You are good at your job.  Family and friends sustain you.  What could be the only cloud on your horizon during the working week?  How about the attitude your boss displays towards you?

The Work section of the Guardian newspaper regularly features descriptions of bosses who aren’t effective leaders.  They aren’t helping to solve problems, since they are busy creating them.  Here’s an example.

Others are reported to be less than effective as they are: leaving new recruits to fend for themselves; stringing staff along in periods of restructuring; and in one recent example, oversharing details of an individual’s personal life after being asked not to

It seems that there is a real gap into which development opportunities could fit.  Those opportunities would help people-managers become more competent leaders and more confident in delivering better results through people.

His or her goal could be as simple as, ‘Listening carefully to what colleagues want and, where possible, helping them achieve good results afterwards’.

Perhaps a degree of empathy would also help.  If the boss was to ask herself, ‘what does my leadership style feel like to my staff?’ they might be able to fine tune it to better effect.  Here’s an interesting reflection on the role of empathy in the workplace from the BBC.

The relationship a leader has with colleagues isn’t like the one with family, or friends.  However fine tuning the relationship by: listening carefully; supporting consistently; and being more self-aware, it can still be a respectful and productive one.

Although I don’t always get it right, I have learned a lot about chairing discussions and meetings over time.  My main learning, through bitter experience, is that people will sometimes want to focus on their pet themes, whatever the stated agenda.

Things have usually gone well, as long as I have made clear at the outset that the conversation is going to:

–       create space for attendees to raise their views

–       achieve an outcome in which some constructive conclusions emerge

As I say I have learned how (mostly) to get positive results in meetings by trial and error.  It is a revelation that even veteran moderators like Andrew Neil can have a hard time of it.

Mr Neil led a discussion this morning – within the BBC programme, The Sunday Politics – about the Bilderberg Group meeting in London.  His guests were US commentator Alex Jones and British journalist David Aaronovitch.  See what you think about the effectiveness of the communication about the topic, after watching this segment

However did they get Mr Jones to leave the studio I wonder?

Fate is cruel.  Potatoes are vegetables, however chips do not count as one of the recommended daily allowance of five portions of fruit, or veg, we are meant to consume.

Salford council has taken a step toward mandating healthy eating for their residents by outlawing the sale of chips, from new outlets, before 5pm.  They are consulting on whether those items should only be available within 400 metres of a school after that watershed.   I suspect there is a tension between healthy eating policy aims and hungry youth.  Fast food retailers must be holding their breath too.

There may be trouble ahead.

Job satisfaction is important for most people, whether that is happiness for 40 hours a week, or during their shifts spread over a nine day fortnight.  If one’s goal is job satisfaction and that goal has been attained the world is a sunnier place.  Perhaps one might even say customers are satisfied interacting with happy workers, who in turn are able to enjoy life outside work.

Many people are not that lucky in their work.  According to its website there will be more than 31,000 officers and recruits in the Metropolitan Police Service in 2013/14.  From the customers’ perspective their mission to deliver Total Policing surely depends, in part, on job satisfaction and on all of the staff respecting the public and each other.

An easy milestone to reach would be ensuring the organisational culture support a goal in which ‘colleagues respect one another’.  Kevin Maxwell’s situation suggests there is still some distance to go before that milestone is reached.

The former detective has been successful in pursuing Employment Tribunal cases against the Met, after raising concerns having experienced some colleagues’ racist and homophobic behaviour.

I guess large institutions contain diverse views and there are management challenges involved in establishing a basic set of acceptable language standards.

It may seem a small detail, given the hugely challenging operational agenda the Met delivers.  Yet getting the details right may make organisational cohesion and corporate delivery a little easier in the long run.