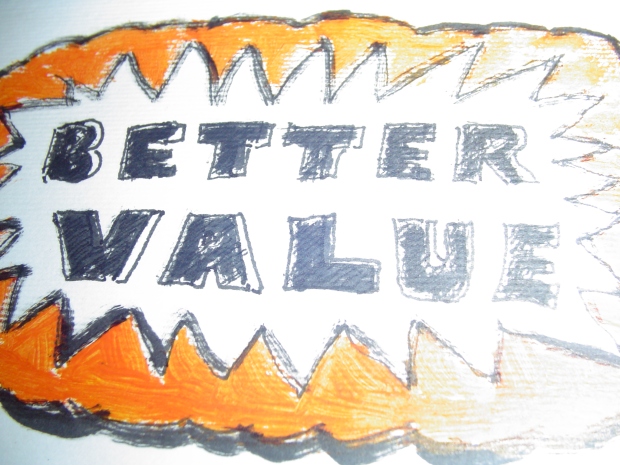 If you were to list three of your core values what would they be?  Dedication? Reliability? Thoughtfulness perhaps?  Now the tricky question, where did you acquire those values?  How many of them came from your schooling?

This is a topical question.  Research by Populus for the Jubilee Centre for Character and Values suggests 84% of parents sampled want school to instil key morals and values in their pupils.

I don’t know if there is a consensus as to what particular values should be transmitted.  If a top three set of positive values could be taught (like the ones I mentioned in the first paragraph), they would be a powerful foundation on which to base some goal setting later in young peoples’ lives.

They might also lessen the number of young people who end up within the criminal justice system.   A revealing feature story by BBC Home Affairs correspondent, Tom Symonds, touches on one young man’s value system which led him to commit a second knife-point robbery and end up in prison.  The young man sounds like he considers his own needs first and foremost, when he says he did the robbery because “[he] was going shopping in the West End the next day and … wanted some money to spend”.

If in future that young man was motivated to identify more positive values he could be coached successfully.  It would take time to build enough rapport to support him in action planning.  The key achievement would be to help him identify a decisive action, to answer the question ‘what else’ does he want to do with his life after his sentence ends.

If you achieve your life’s ambition (through hard work) you might choose to sit back and enjoy the trappings of success, once you earn them.  Kudos to Ben Drew (aka the musician / film maker Plan B) for choosing to do more than count his cash but to support others, so they too can become successful.

His charitable trust Each One Teach One – www.eoto.org.uk – has developed out of an idea previously explored in a TED presentation.   It has two stated aims, to:

The coverage in the Guardian newspaper explains the trust will operate in East London initially and aims to provide disadvantaged 14 to 25 year olds with a ‘University of alternative learning’.  It will also provide the support, mentoring and counselling that they may have missed out on due to their family, community, or academic situations.

I think this is an inspiring idea.  There are plenty of young people who are motivated to do something with their lives, but who have not enough confidence to articulate their goals or make life plans.  The EOTO model could provide the extra support they need to answer the 3 basic goal setting questions:

Will this model solve all of the problems of disadvantaged youths in society?  Is Mr Drew right on all counts?  Probably not, but an effort like EOTO could make a significant difference to those motivated to engage with it and keep pushing forward.

Those who scoff at efforts to change will still be wasting their time hanging around in their communities – or getting into trouble and caught up in the criminal justice system.  Who knows, even those youths may come to realise they too can set goals and change their situation, if they want to.

Blogging about personal development in a time of austerity is highlighting some powerful contrasts and connections.

On one hand there are young – and not so young – people who are motivated high achievers (like the former Olympian Rebecca Adlington or footballer Robbie Rogers I have recently blogged about) who are confident of their own ability to make choices which allow for self-development.

On the other hand there are people not in education employment or training (the so called Neets) or offenders like those documented by commercial television living in Her Majesty’s Prison Aylesbury.

Their lives and those of youth not (yet) involved in the criminal justice system are seemingly defined by low self- esteem, disengagement with / alienation from society, and perhaps adverse mental health outcomes.
http://www.bbc.co.uk/news/education-20947604

Either cohort could be supported to develop better outcomes for themselves and those their lives touch.  The question is who should have the majority interest in providing that support?

Should it be central government policy which highlights the need to resource those people, and which provides such support directly (so young people’s energies are channelled into social rather than anti-social activity)?

Or should local communities come together, to make the most of central government Big Society funds, using their skills to deliver change in the lives of the least fortunate neighbourhoods?

I have led a Community First panel for 12 months and I will be reflecting on my Big Society experience in coming posts.  Meanwhile I am aware of the pressures on the potential pool of volunteers for those sort of projects (people with the skills, confidence and desire to help make change happen).

Proposed cutbacks on numbers of civil servants in the Education department seem counterproductive too.  After all, they and their peers in other departments are part of the pool of potential volunteers for Big Society activity.

Obviously there are major questions about the best route by which to reduce the fiscal deficit and balance national spending.  However there’s a question mark against the wisdom of leaving some under supported people entirely to the operation of volunteerism (where individuals delivering those outcomes may be under pressure to produce high level outcomes while being a little under prepared to so).

Maybe there is work to be done to increase the capacity of the voluntary sector to deliver better quality outcomes.  Doing that first may reduce the potential for further drains on health, welfare, education, and criminal justice resources further down the line.